This army represents the 10th Brigade of the 2nd Prussian Corps at Dresden 1813
C-in-C Pirch
Figures are nearly all Calpe with a couple of Front Rank units to fill gaps. 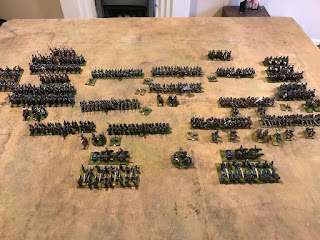 A Prussian Brigade was equivalent to a French Division. 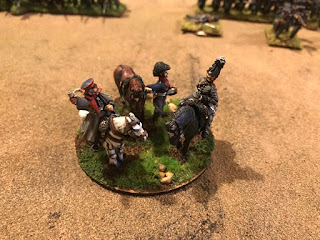 Old Vorwarts included on the Division commanders base along with a dismounted ADC. Blucher is an old Foundry model. 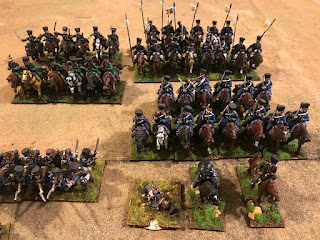 Mathias cavalry Brigade- Neumark Dragoons and 1st Silesian Landwehr with a squadron of Mounted Volunteer Jaeger. The Leib Hussars were not part of this formation but i ordered the wrong unit for the Guard Light cavalry. Stuck in here for show. 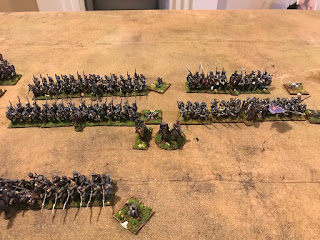 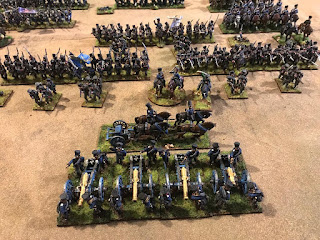 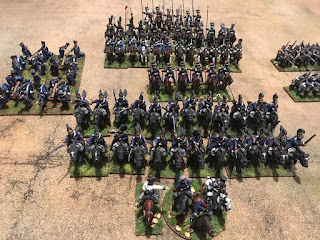 Brigade Werder- 4 squadrons Garde du Corps. 4 squadrons Guard Light cavalry regiment-Hussars, Lancers, Cossacks and Dragoons. There were also 2 Volunteer Cossack squadrons usually divided between the 2 regiments. Guard horse artillery 6lbr battery to the left.
I've considered doing Lutzows Free corps for some time. They would be ideal for Sharp Practice but the infantry also turned up at Waterloo as the 25th Infantry regiment. 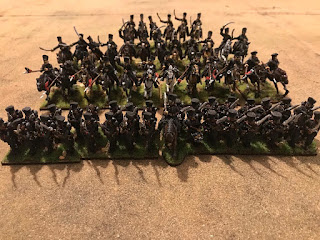 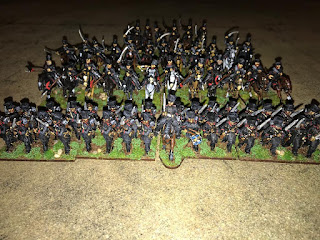 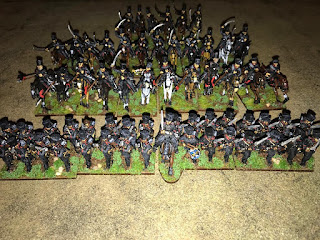 Mounted Jaeger squadron to the rear. 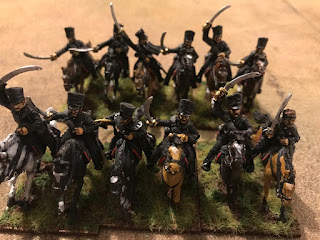 Cavalry are Warlord resin but will be replaced by Calpe eventually.
2 squadrons of Hussars 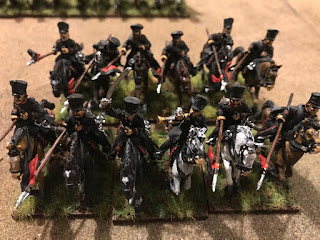 2 Squadrons of lancers
Once the infantry are finished i can start on the Saxons!
Cheers
Mick
Posted by mickthemagpie at 08:57 4 comments: