Following a post on TMP about this new game by Warlord games this club night game proved rather timely. As you can see i didn't have time to finish the ships so they still require sails and rigging.

The ships are easy to assemble and certainly look the part. As for painting, well i'm sure there's a technique for doing these well, it's just i don't have it yet! These are the first sailing ships i have ever painted so i'm claiming inexperience as a defence for the paint job!

I started a solo test game on Tuesday night but after a few moves decided to just follow the order of the book when i took the game to the club the folowing night as it seemed set out in a pretty logical order.

The order of activation is determined by the direction of the wind. Nearest to the wind goes first and so on until all ships have moved. A simple 2d6 dice throw at the start of each turn determines whether or not the wind has changed and by how much.

Ship speed is declared at the start of each ship ativation by stating level of sail- Light, Battle or Full with 1, 2 or 3 moves respectively. Ship speeds are noted on the ship cards with all ships in this game on 5 inch per move.

To make things easy we graded all crew as Regular so no modifiers for shooting there. 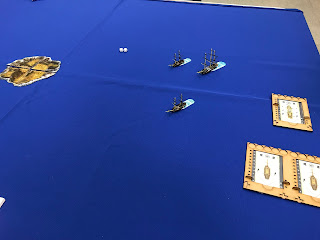 The British squadron of a frigate and 2 brigs attemt to prevent French ships from breaking out. 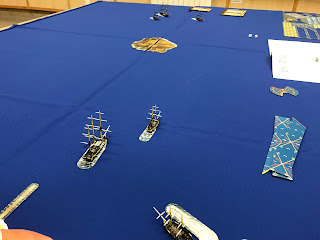 A frigate and a brig set sail. Note the wake markers which indicate level of sail. This is declared at the start of each ship activation. 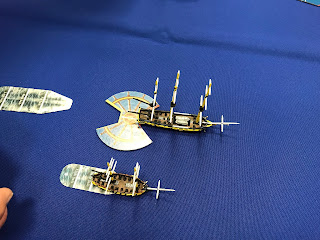 At the end of each move the ships can make a turn using the template shown. We quickly realised it was easier to move them without the wake markers. These were then replaced at the end of the activation. (We quickly stopped using them on the ships keeping them at the table edge and noting level of sain with a dice). These ships were on battle sails so both made 2 5inch moves with turns at the end of each. 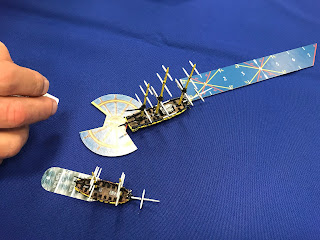 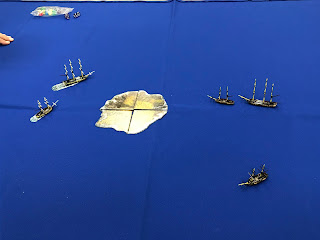 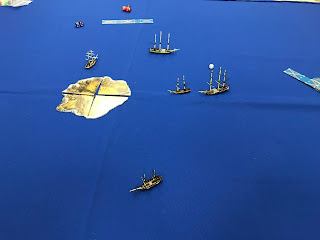 At this point ships came in range and fire was exchanged. A d10 is used for each gun and base hits are  made on a 5 or less. Modifiers are based on crew, speed, range target size and order of firing your guns. The first two stations to fire have no modifier but the 3rd/4th suffer -1/-2 respectively. 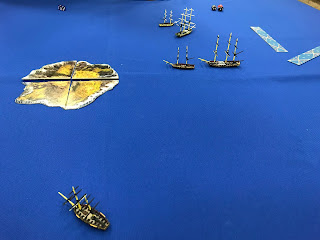 The frigates started  with 35  damage poin ts which, when reduced to 12 requires a skill test to see if they continue fighting. The French frigate having suffered rudder damage was then set on fire. The wind having changed direction meant the British were struggling with a headwind trying to turn using anchors. The crew of the French frigate failed a skill test to put the fire but passed one after being reduced the 11. Having suffered a second rudder damage which meant the ship could ot turn, the Frenchman sailed straight off the table to safety followed by the brig. 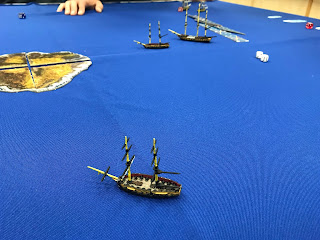 The helpless British ships still struggling with the wind.

We are having another game next week. A good feature of the rule book is that Warlord have provided stats for all of the different rates and also non rated ships. It's easy enough to make up cards with the relevant stats so we plan to do another game next week to add some variables like crew quality. The plan is to use some of the clubs large collection of Sails of Glory ships with suitable cards made up. This will allow us to test the rules out for larger ships.

I'll do a more comprehensive write up after the next game.

This weeks new releases are all customer requests.

Another addition to the Tombstone range. This model represents  Bauers Meat Market  which was next to Flys photographic gallery and boarding house. The gunfight took took place next to Flys 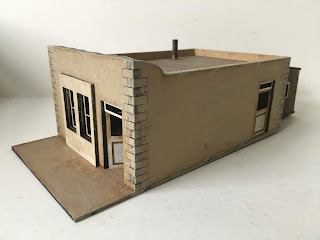 The roof on this building comes off. The madel is supplied with prepainted parts where appropriate. I have added a dry brushed layer to the finished model. 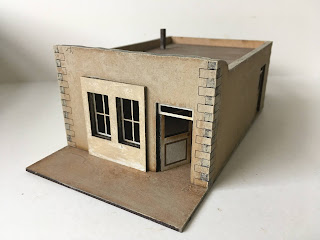 Next some 6mm near future/ScyFy buildings. I was asked by a customer to do some half sized versions of our 5 tall buildings. These come with prepainted parts and coloured mountboard. The roofs are removeable. 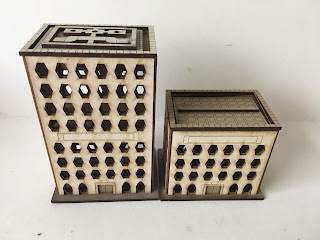 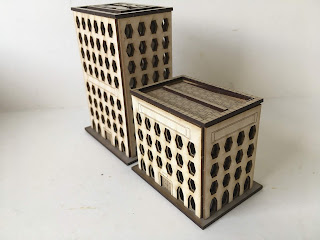 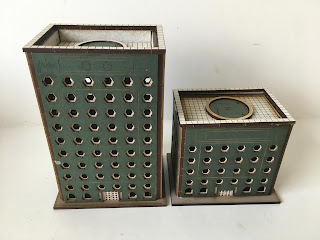 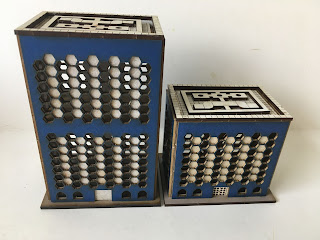 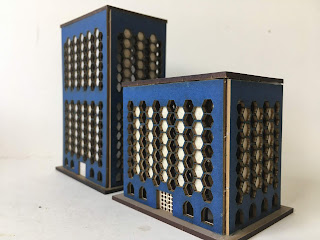 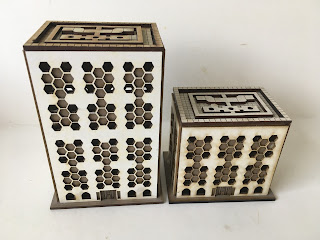 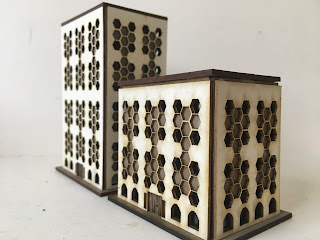 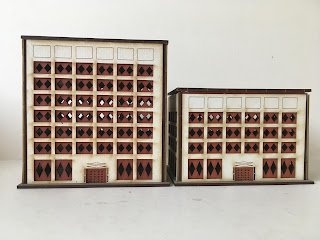 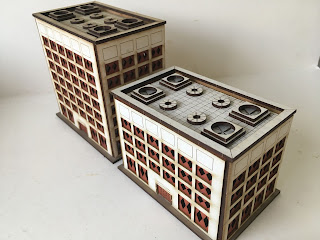 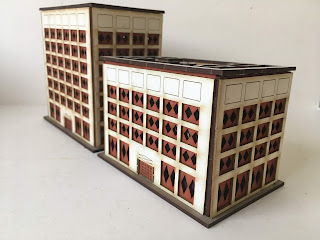 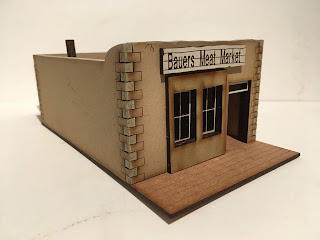 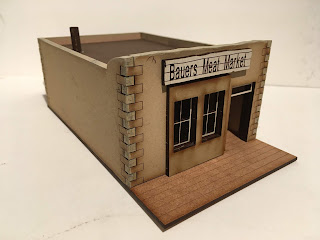 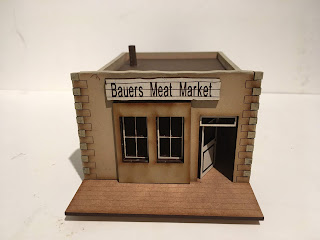 Posted by mickthemagpie at 20:22 No comments: